Posted on 26th January 2017 by Sioned Williams in Digital 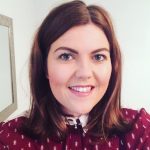 Having started my role at North Wales Housing as a Digital Officer at the end of October 2016, I tried to visit as many schemes at possible to get to know the teams and groups of residents within the association.

I was grateful to be invited to a house meeting at one of our mental health schemes. When ‘talking digital’, I am always wary of keeping the discussion relevant and interesting. With that in mind I started my talk with the staff and residents by explaining that I was on a mission to recruit digital champions at North Wales Housing. The response was indefinite to start with, until one of the residents casually said that she had completed a computing qualification, followed by another saying how she relies on being online to keep in touch with her family. I had to hide my excitement, keep calm, and go on the explain the role of a Digital Champion…!

A few of the residents seemed to be quite interested, and stated that they would feel happy to support others, providing they were being supported themselves. By the end of the initial house meeting, we had arranged that I would go back the following week to meet again.

A week later, I went back and hoped that enthusiasm wasn’t lost – and it certainly wasn’t. The main focus of the second meeting was to sort out what type of sessions the Digital Champions wanted to lead. These were very much going to be their sessions, I was only there to provide support when needed. We used the Go On UK Digital Skills Framework as our base, and within half an hour we had agreed on the content of four of our first sessions.

We had our first session this week and our main focus was to use a search engine effectively and to get the results we wanted as quickly and simply as possible, with an awareness of digital safety.

Here are some of the things that were said by the residents during the session:

“It feels good that I can help someone do something that I feel quite confident doing myself.”

“It’s good to get the help off someone I know, in an environment where I’m comfortable…I didn’t even think the internet was for me, but I’ve realised today that there is something about everything on there – I even found out about the history of Llandudno Pier! To think that I’ve never tried it before, with the help of *tenant*, I opened it all up by myself! I’m looking forward to next time already to see what else I can find.”

Digital Champions will never know EVERYTHING there is to know (who will?!), and that really isn’t what it’s about. Being a Digital Champion means that you are always learning! Yes, about digital, but more so about forms of communication, giving instructions, about people, and about yourself.

If you’re a North Wales Housing tenant and interested in being a Digital Champion or help with being more digital get in touch with Sioned on 01492563219 or [email protected] .