Housing is a subject that’s relevant to everyone. Here are a few campaigns that exist to protect people’s right to a decent home. 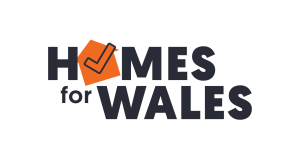 Homes for Wales is a campaign started by Community Housing Cymru, the membership body for housing associations in Wales, to raise awareness of housing issues in Wales. The campaign’s aim is to make sure that housing is a key political issue in the 2016 National Assembly for Wales’s elections.

There were a number of activities organised in the run up to a rally in Cardiff on 4th March to raise awareness of the cause.

Run by Community Housing Cymru and Cymorth Cymru, the aim of the campaign was to secure continued investment in the Supporting People Programme Grant and ensure that people who are marginalised and at risk continue to be protected.

The Welsh Government announced in its draft budget on Tuesday 8 December 2015 that Supporting People (SP) funding will be protected for 2015/16, in cash terms, at the same level as was delivered in 2014/15. This announcement marked a success for the campaign.